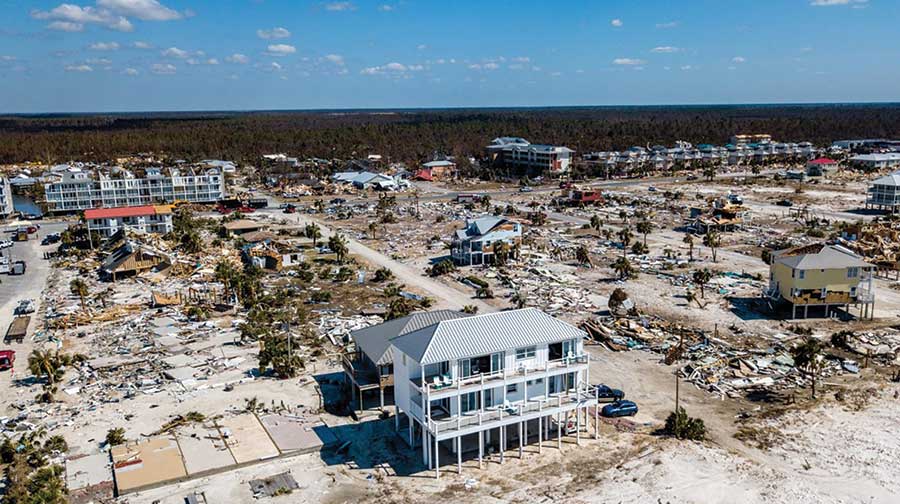 Natural disasters can take out a home in a snap. They decimate entire neighborhoods in a matter of moments, destroying property and lives. Hurricanes especially have a lasting impact on homes nestled by the shores, where the storms gather up the most power. If it isn’t the crushing winds, the surge of water can take its toll on waterfront properties. And water damage can cause mold, mildew, and wreak havoc on basements and precious belongings.

In October of 2018, plenty of families in the Florida panhandle experienced just this when Hurricane Michael barreled down on the coast. With winds in excess of 150 miles per hour, 54% of homes in the region were entirely destroyed and 23% were severely damaged. Those numbers are staggering – nearly 80% of the homeowners in the area were horribly impacted by the Category 5 hurricane.

However, in the midst of all the destruction, a powerful beacon of hope for the future of natural disaster resistance still stood. This impressive structure is known as the “Sand Palace,” named by owner Russell King and his nephew Lebron Lackey. When deciding what material to use to build their beach home, Lackey says that form and function played a role in their decision. “As we explored it further, we discovered ICF.” They wanted strength but also a more traditional look that would blend with surrounding homes and ICF fit the bill on both! Construction was finished on their beach home/rental property in April of 2018. Little did they know, six months later, their new custom ICF fortress would be put to the test.

Local building codes are strict but the team of designer, builder, and owner decided to double down on reinforcing the home against Mother Nature. Concrete piles secure the foundation much deeper than is called for – they sink 28 feet down into the earth! The Sand Palace was designed to stand strong against winds of 240 mph whereas local codes call for half that. “We wanted to build it for the big one,” Lackey told the Times. “We just never knew we’d find the big one so fast.”

Using storm resistant windows, doors, and a simple roof design also helped keep the home mostly intact. However there were some damages… breakaway walls on the bottom floor did just that. They broke away, as they were designed to do. This allowed the storm to pass through rather than push against the base of the home. Exterior staircases were also swept away. Other minor damages were an easy fix compared to the demolition of the homes next door. Owner Lackey believes that ICF needs to be more widely marketed to the consumer, the homeowners themselves.

Success stories like that of the Sand Palace should sway people to build their new homes with the hurricane resistant material because hurricanes are only getting more frequent and more powerful with time. Andy Lennox, chair of the ICF Manufacturers Association (ICFMA) says, “Hurricane Michael is not an anomaly. According to a National Climate Assessment report, North Atlantic hurricanes are going to become even more powerful. So the question becomes, ‘As hurricanes get more powerful, how can builders, architects and homeowners create truly hurricane-resistant homes?’” 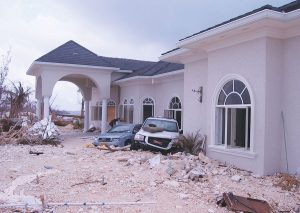 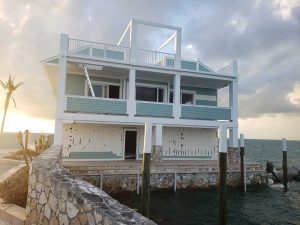 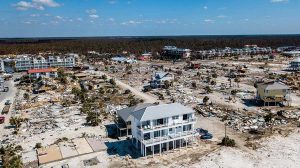 This site uses cookies. By continuing to browse the site, you are agreeing to our use of cookies.Ok