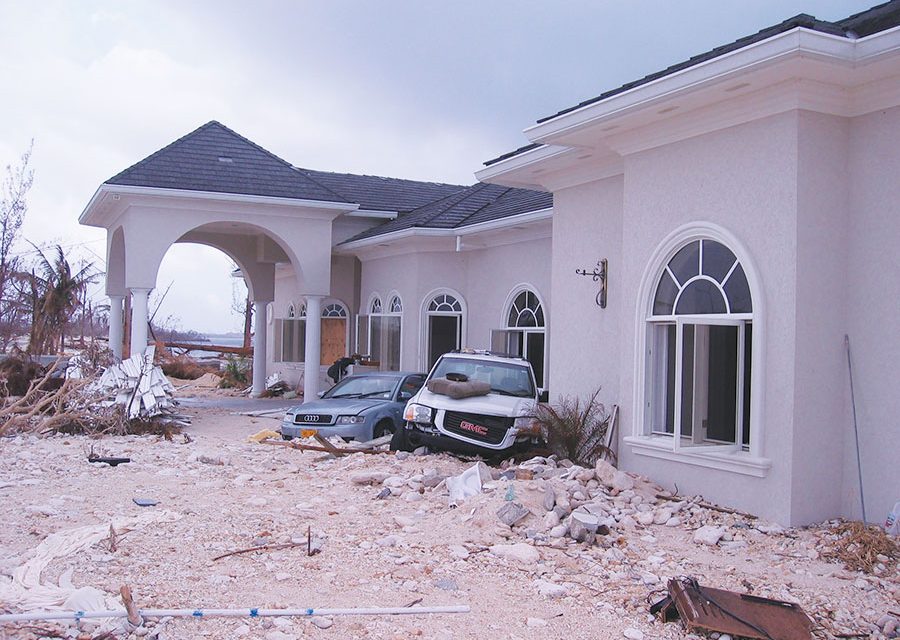 Hurricanes bring on additional destruction in their wake – a literal wake of excess water rising up and taking over. This surge of water, called a storm surge, is powerful and is responsible for a huge portion of the damages attributed to some of the most dangerous hurricanes. Lives are lost, homes are destroyed, families are uprooted.

Storm surges are caused by heavy winds, often accompanying hurricanes, and they rise up and push water further inland than it normally would go – well beyond the line of high tide. For example, in 2012, Long Island was battered and decimated by Superstorm Sandy. That storm surge was 14 feet high. In 2008, Hurricane Ike produced a storm surge of 15-20 feet, engulfing and submerging the peninsula of Galveston, Texas. The biggest in U.S. history to date is Hurricane Katrina which created a 28 foot tall surge. The amount of water produced from storm surges can be compared to a tsunami but is caused by different natural events.

The challenge is that water weighs approximately 1,700 pounds per cubic yard, which generates an incredible amount of force. The sheer weight and force of moving water has the power to push along vehicles of all sizes, dumpsters, trees, and other massive objects that themselves turn into wrecking balls against anything standing in the way. Wooden houses don’t stand a chance against a powerful storm surge – tests have shown that wood stud walls can be destroyed by waves as small as 18 inches high, and not even concrete construction is immune.

If you’re about to relocate and build a new home, your best bet is to stay away from areas where flooding is prevalent. Do your due diligence: Insurance companies won’t cover a home in a flood zone. Getting in touch with your insurance company is the best way to ensure that your home will be covered in the area you’d like to build. Doing some homework ahead of time can save you a giant headache and gamble in the long run.

If you absolutely need to build in the path of flooding, make sure you’re using ICF and reinforced concrete as your materials AND elevate your home above the floodplain. One way to do this is with a “Carolina Slab”—a CMU stemwall foundation extending several feet above grade, filled with dirt and topped with a concrete slab. And don’t be afraid to over-prepare – study up on the flooding charts and the anticipated flood heights. Build even higher than the max flooding heights to ensure that even if the worst happens, you’re ready for it.

Superstorm Sandy left this New Jersey home with some patching siding along the bottom of the house.

But compared to the neighboring homes on either side? It fared much better. Surrounding homes were completely destroyed or left gutted, condemned and abandoned.

This has happened several times over the years to the same house. Again in 2016 with Hurricane Matthew – the Carolina Slab was good planning but the storm surge almost overtook it. Water rose just short of entering the home through the thresholds. Other than some cleaning, the home was perfectly unscathed. A year later, Hurricane Irma hit and the New Jersey home survived the surge yet again, just going to show that proper planning and design can mean the difference between having a home one day and losing it the next.

Sandy sent large waves right up to the home, the waves breaking against the concrete sides of the mansion. Neighboring houses and buildings were demolished by the storm surges but this one stayed up and resisted. The siding was lost to the powerful winds and water but the structure remained intact.

Learning from the Past

Katrina demolished the so many homes but one three story ICF home was able to pull through, despite the hurricane plowing down all other structures around it.

Structural engineer Scott Sundberg had been through hell when his home in 1969 was destroyed by Hurricane Camille. After that, he vowed to never allow mother nature to take another home from him. His Louisiana home was placed carefully, designed to be above flooding height standards, and had breakaway walls on the lower level to reduce stress on the structure as a whole in case of a surge. It was about 85% complete when Katrina bore down on it and the waters rose. The cars in the first floor garage were absolutely totaled but the breakaway walls broke away and the rest of the home came away structurally sound.

ICF isn’t impervious to destruction but failures usually can be attributed to poor design, improper construction, or both. Failures tended to be the fault of inadequate design, or improper construction. “Concrete done wrong is worse than wood done right,” Sundberg says.

Open floor plans and expansive windows mean that there isn’t a perpendicular wall bracing the exterior, which is just asking for trouble. ICF can withstand a lot of pressure but planning ahead to maximize the amount of force it can take on is just smart building.

Big windows offer a weak area where strong winds and water can burst through and cause huge damage to the contents of the home:

The single biggest cause of wall failure was insufficient or improperly installed reinforcing steel, especially at the footing-wall joint:

By making sure your home is designed properly and the construction is done correctly, you are ensuring that your house has the best chance of success in standing strong against a storm surge. You’ll be impressed with the versatility of the style of the home as well as the durability.

Just keep in mind that no structure is totally indestructible. Planning ahead with placement is also a key element when you could face storm surges. Don’t build your home squared off with a body of water, make sure it’s at an angle to reduce the amount of pressure on the walls. You don’t want to compromise the foundation.

If you’re thinking about building or rebuilding your home in preparation for disaster, consider ICF to keep you, your family, and your possessions safe. All while maintaining the structural integrity of your house! Click here to contact us for more information about getting started. 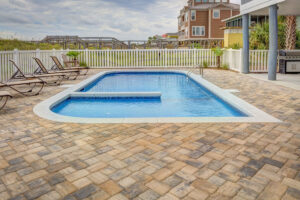 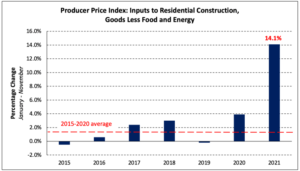 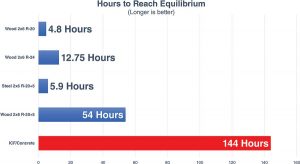